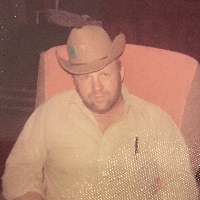 In Memory of Virgil Siewert

Virgil Elmer Siewert, 87, of Red Wing, passed away peacefully, Saturday, Sept. 25, 2021.  He was born February 22, 1934, in Red Wing, to Elmer and Mildred (Diercks) Siewert and graduated from Red Wing Central High School.  He enlisted in the US Army and later joined the National Guard.  He returned to Red Wing and worked for his father at Siewert’s Garage for a time and then started his own trucking company.  He returned to work for his father, until becoming a top regional insurance agent for AAA.  Virgil came back to work with his dad, eventually buying the business.  He worked with many family members keeping the business in the family for four generations including his father, Elmer, sons, Todd and Karl, and grandson, Kyle before his retirement when he sold the business to his sons.  The business has been a success for 75 years.   Virgil was a charter member of the MN Professional Towing Association, Towing and Recovery Association of America, a member of the MN Service Station Association, Hay Creek Valley Saddle Club and Goodhue County Sherriff Posse.  He also belonged to St. Paul’s Lutheran Church, RW Elks Lodge BPOE #845, Leo C. Peterson American Legion #54, Fireball Buick Club and the Gopher State Buick Club.  He enjoyed racing stock cars at Hiawatha Speedway, where he was the track champion in car #47.  Virgil truly loved his job and all it entailed.  He also enjoyed cars, scrapping, animals and most of all, his family.