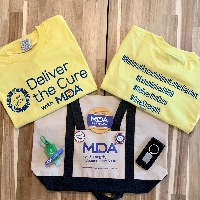 The National Association of Letter Carriers is the representing union of professional members of the United States Postal Service who deliver mail to homes and businesses across the United States.

Since that time, the NALC has remained faithful to its commitment to help save and improve the lives of people fighting muscle disease, raising countless millions which have, and continue to, advance MDA’s mission.